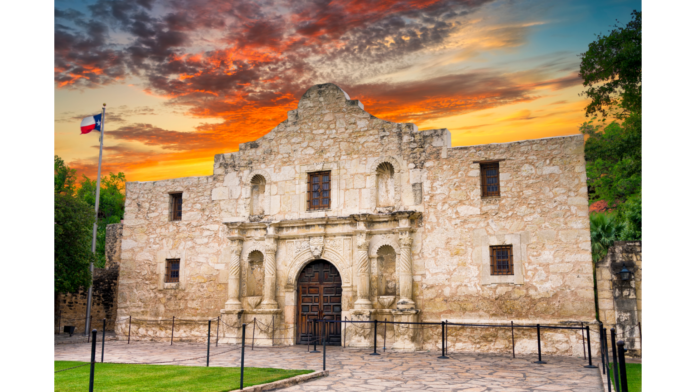 About a week ago I heard a podcast on the NPR show Fresh Air in which two Texas natives discuss the Alamo. Dave Davies interviews Bryan Burrough, one of the three authors (all of them from Texas) of the new book Forget the Alamo.
As a boy in the 1950s I had a coonskin hat in emulation of my hero, Davy Crockett. I saw the Disney TV series starring Fess Parker and the film The Alamo, in which Crockett was played by John Wayne. My father, a Navy pilot, took my brothers and me to visit the Alamo.
I recommend that you listen to the podcast at the link above and read the book. It not only shines a new light on my own and most Americans’ view of Texas history, it explains a lot about what is going on in Texas politics today.
Here are some extended excerpts from the book which give an outline of the book’s main subject:

On March 6, 1826, during what’s been known for almost two centuries as the Texas Revolution, around two hundred men were killed by Mexican troops at an old Spanish church outside San Antonio known as the Alamo. On this we can agree. But after that, pretty much everything—who died, how they died, why they died, and what they represented—has been a topic of debate ever since.

Forget the Alamo was written by three Texas reporters who, like me, heard nothing about the Texas revolt when they were kids except the myth: the story told in the Disney show and the John Wayne movie. All three of them are also white guys, like me, and I think we all wanted to believe the myth anyway, because we were the same color as the heroes of that story. They were talking about the Alamo at breakfast one day when one of them, Chris Tomlinson (whose family had lived in Texas for more than four generations), said “Everything you think you know about the Alamo is flat-out wrong.” That’s kind of how the idea for the book got started.
Here’s something they say in the book’s introduction:

We intend this book to be a serious look at the Alamo and its legend, but we’ve tried not to take ourselves too seriously. We come in the spirit of patriotic Americans who prize their native land but still aren’t quite sure that, you know, George Washington literally chopped down that cherry tree. We grew up with the myths and legends of Texas history, and we savor them for what they are: myths and legends. But as writers, we also love facts, especially the facts of history, and we don’t believe knowing the truth about Texas history makes the state any less unique or important.

The book is extremely well-researched and takes the story of the Alamo right up to the present day. Goveror Greg Abbott is not the first Texas politician to try to restrict what Americans can know about Texas history. John Steinbeck wrote in his book Travels With Charley: “I have said that Texas is a state of mind, but I think it is more than that. It is a mystique closely approximating a religion.”