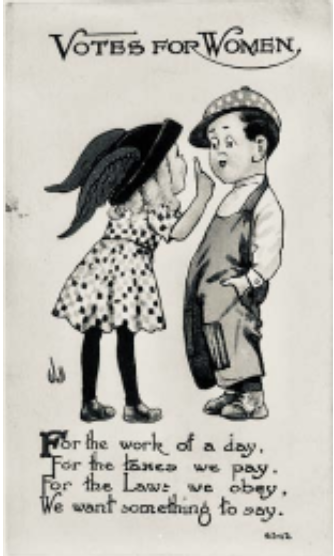 Ever since Nixon, every American President has proclaimed the 26th of August as Women’s Equality Day. That’s because it was on August 26, 1920, that  the U.S. Secretary of State signed the proclamation that recognized the right  of Americans of any “sex” to vote pursuant to the 19th Amendment. Let’s be clear. No one was “given” that right. Women and their allies fought hard for it.

It may seem ironic to celebrate Equality Day this year when a fundamental right has just been taken away from people with uteruses, but perhaps August  26, 2022, can serve as a reminder of a fundamental right that we still have. Amendment XIX still says “The right of citizens of the United States to vote shall not be denied or abridged by the United States or by any state on  account of sex.” We can still use what Lyndon Johnson called “the right that  protects all the others.”

In his new book “Our Unfinished March,” former Attorney General Eric Holder refers to the work of the women’s suffrage movement as an example of what needs to be done today as part of a plan to protect American democracy.

On this and every Women’s Equality Day, let us persevere.

What Flag Day Means to Me

Breaking news!!The Culver City Democratic Club has endorsed the following three candidates for CCUSD School Board on the November ballot:* Stephanie Loredo* Triston Ezidore* Brian GuerreroCongratulations to the endorsees, and thanks to all the candidates, the Club leadership who worked on the process, and the members who spoke at our meeting and voted in this election. ... See MoreSee Less
View on Facebook
· Share