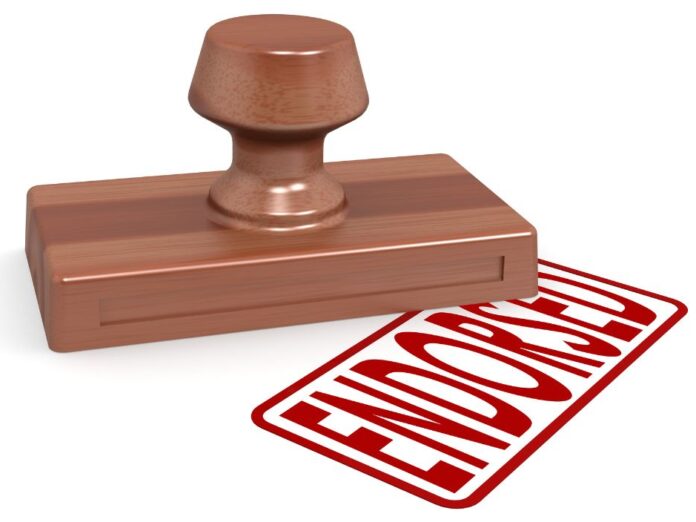 We are in the middle of our endorsement season, moving from the June primary towards the November general election. Our August 10 meeting will be devoted to discussion of our Culver City Board of Education endorsements: three seats are up, and Summer McBride is the only incumbent seeking re-election. An announcement for our August 8 candidate forum appears in this newsletter. Note that the forum will start at 6PM to avoid conflicting with that night’s City Council meeting, and that it will be recorded and posted on our YouTube channel as quickly as possible. At our September 14 meeting, we will consider endorsements on the various ballot propositions and on the County, State, and Federal offices where either we did not endorse in June or our endorsed candidate did not make the top two. These will include Sheriff, Water Board, State Controller, and US Congress.

On July 13 and 14 we voted to endorse Alex Fisch and Freddy Puza for City Council. Our endorsement process was a remarkable success, a great credit to the candidates, the Club leadership who organized it, and all of you who participated. Club membership is at a record level and so was participation in the endorsement vote, with 78% of eligible members casting ballots. Despite the appearance of division amongst the membership, with some members sniping at each other, the Club, and yours truly in the local press and on social media, the results of the endorsement vote were emphatic. Fisch and Puza each received over 75% of your votes, leaping over the 60% threshold on the first ballot. This outcome seems to confirm Manuel Pastor’s argument in Equity, Growth, and Community that the more inclusive a process is, the more progressive the results. It also supports observations by Noah Zatz and myself that, as more people participate in CC politics, the results move left.

After the November 2020 general election, Noah published a very interesting analysis of the results in the Culver City Catalyst and presented it at our January 2021 meeting. He demonstrated that, in County, State, and Federal races, Culver City voted to the left of Santa Monica, of LA County as a whole, and of the state as a whole.

Below I have repeated his analysis for selected contests from the June 6 election, using the final results as published on lavote.net and sos.ca.gov. Our endorsed candidates appear in bold type.

Besides showing the city’s general political leanings, these results may also suggest the effectiveness of this Club’s endorsement and mailer, especially in the judicial races, where voters received few-if-any other mailers, besides pay-to-play slate cards.

All our endorsees did better in Culver City than in other areas or statewide, in most cases significantly better. Although one would need to survey voters in the relevant communities about their information sources and decision-making processes to be sure, I will risk some observations.

First, the Republican-led Protect CC PAC has dismissed this election, predicting a conservative takeover with the increased fall turnout. I won’t link to their site, but it’s easy to find. They are engaged in wishful thinking and propaganda. As you can see, Culver City’s turnout at 42% of possible voters was higher than state or county-wide, even though we had no local contests and there were several exciting races for LA City Council and the County Board of Supervisors, which should have boosted participation in those areas. Culver City voters may simply be more engaged and, as Noah and I documented, are turning out for progressive candidates.

Second, some notes on specific contests. For State Senate, Lola Smallwood-Cuevas likely benefited from her community connections as a resident and CCUSD parent, as well as from Club support and endorsements including Karen Bass, Sydney Kamlager, Isaac Bryan, and Holly Mitchell.

For Insurance Commissioner, note that the Republican candidates did as badly here as in Santa Monica and West Hollywood. Also, note that incumbent Ricardo Lara was endorsed by the State and County Democratic organizations, as well as by the Santa Monica Democratic Club, which makes Marc Levine’s performance especially impressive.

The LA Times’ endorsement was likely important for Levine. I definitely think it was crucial for LA County Sheriff candidate Robert Luna, who will face Alex Villanueva in November. The County Party did not endorse for Sheriff, while the Santa Monica and Stonewall Democratic Clubs joined us in backing Eric Strong. Our own Corresponding Secretary Cynthia Hart was quoted in a “Dems in disarray” story on this race in the Times, while I was interviewed for another outlet’s attempt at a similar story and may have talked them out of it by reminding the reporter that the point of a primary is to select a candidate, so it is not a failure to have not “united” in advance, and that running a “Dems in disarray” story the week before the election was likely to depress turnout and help Villanueva.

The judicial races are potentially more illuminating for the value of our endorsement. We supported the Defenders of Justice slate: Anna Reitano, Elizabeth Lashley-Haynes, Holly Hancock, and Carolyn Jiyoung Park, who ran an innovative campaign, creating new energy around judicial races. Although they won the endorsement of many progressive organizations, they did much better in Culver City than in the larger areas, suggesting that Culver City voters listened both to those organizations and to us. Kevin McGurk also received our endorsement, appeared on our mailer, and did better in Culver City than overall.

Although we endorsed Patrick Hare, it happened after the mailer had gone to press, and his performance in Culver City, although excellent, was similar to how he did in Santa Monica. Lloyd Handler got almost the exact share of the vote in Culver City as he did in Santa Monica and statewide, which again suggests that it was our mailer which made the difference for McGurk and the Defenders.

It is also possible that the three men also benefited from the Defenders’ campaign. Running as three public defenders and a labor lawyer, the Defenders highlighted the overrepresentation of prosecutors on the bench, which boosted the other defense lawyers running.

Despite national media initially misreading the results, the June primary was a mandate for progressive change, with socialist and abolitionist candidates doing extraordinarily well.

In conclusion, I think this Club can be proud of our work choosing and publicizing our endorsements and getting out the vote.

PS. Unrelated to this election analysis, I want to share two local history resources. First, LA Street Names attempts to find the origins of the names we take for granted. Some of us might have been telling people Baldwin Ave. was named for James Baldwin, but that’s not going to make it so. This site has the real story. Second, the UCLA Film and Television Archive has digitized and posted online the complete run of “Get Used to It,” a public access LGBTQIA+ talk show produced by the City of West Hollywood and hosted by Shelia Kuehl from 1992-2012. It’s an amazing archive and a tribute to Kuehl, who is also being honored this month by our peers at the Santa Monica Democratic Club.

CCDC voted to endorse Assembly Bill 1816. The state budget isn't final yet! You can still call your reps with support for funding and for AB 1816!" Assemblymember Isaac Bryan (D-Los Angeles) introduced Assembly Bill 1816 to allocate $200 million to launch a broader program than what the state currently offers and bolster long-term housing options for formerly incarcerated people at risk of or experiencing homelessness. The program would also help connect tenants to other services such as job training, mental health care and addiction treatment.The state budget finalized last month didn’t include money for AB 1816, even though California has a record-high surplus of $100 billion-plus. Bryan said he’s still fighting to get the funding.“This is a population that we can all agree is vulnerable to falling into the streets. And it’s a population who has paid their debt to society,” Bryan said. “So the only alternative is to keep everybody incarcerated forever. And we have tried that before.”"www.latimes.com/california/story/2022-08-02/californians-criminal-records-face-housing-barriers?f... ... See MoreSee Less