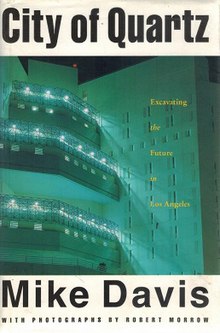 As the deadline for this newsletter arrived, it was announced that author and activist Mike Davis had died. He had been on hospice for several months, so this was no surprise, but it is a major loss to progressive politics, cultural studies, and Southern California. Carolina Miranda has written a tribute in the LA Times and I expect there will be many more.

Davis transformed my understanding of Los Angeles with City of Quartz (1990), The Ecology of Fear (1998), and his final magnum opus, written in collaboration with Jon Wiener, Set the Night on Fire (2020).

His work also helped inspire the contemporary left by drawing historical and theoretical links between the Old Left of Dorothy Healey and Harry Hay, the New Left of SDS and the Black Panthers, and the postmodernism of Frederic Jameson and Andrew Ross.

He leaves behind a shelf of books and a powerful example.