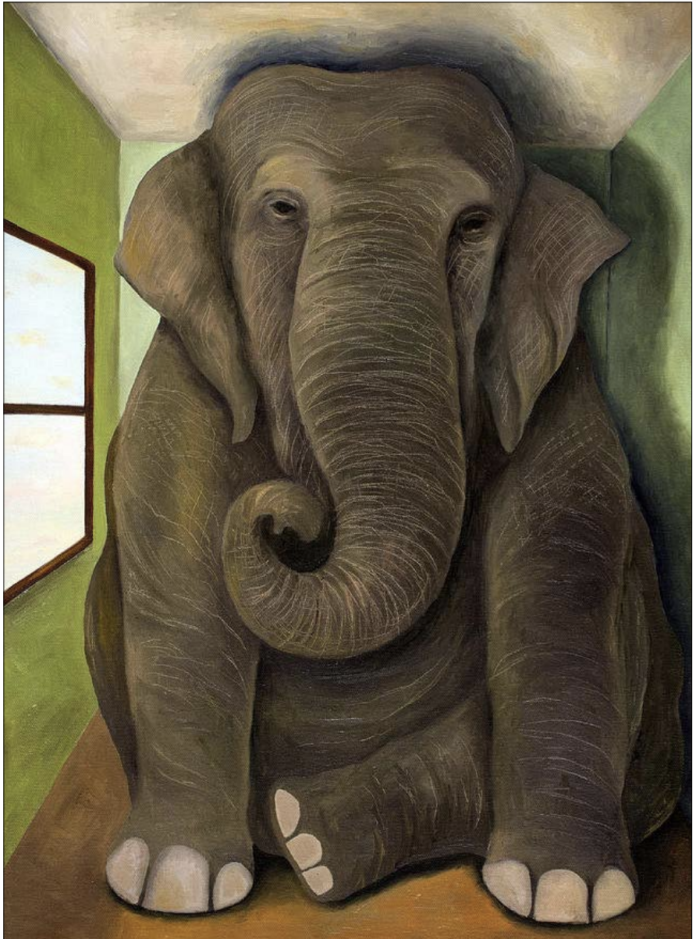 “When the Roman Republic became a dictatorship, the Emperor did not dissolve the Roman Senate right away.”
—Michael Parenti
“We are in a once-in-a-century moment.”
—Senator Amy Klobuchar
So let’s talk about that elephant in the room. Brick by brick, the Republican have been building the infrastructure of permanent one-party rule. (Their party.) This is nothing new. Karl Rove (AKA Bush’s Brain) spoke of it openly. The Koch Brothers have long funded the effort as was well-documented in Nancy MacLean’s excellent book Democracy in Chains: The Deep History of the Radical Right’s Stealth Plan for America. This work goes all the way back to the “Massive Resistance” movement against school desegregation after Brown v. Board of Education.
Now we see a combination of gerrymandering, voter suppression legislation, control of most state legislatures, control of the U.S. Senate through the filibuster, and a youthful Supreme Court majority that is displaying a willingness to bless all of their efforts. And to put the icing on the cake, we see a rising level of politically motivated violence so that nonpartisan election workers are in fear of their lives. How long to the point of no return?
We are deep in a constitutional crisis. Legislative responses to the problem have been proposed. HR1, the For the People Act, was the Swiss army knife of democracy protection, the very gold standard. Filibustered.
There’s also the John Lewis Voting Rights Act and the Freedom to Vote Act—even the terrible twins Manchin and Sinema voted for the Freedom to Vote Act—but all three were felled by the filibuster.
So, three strikes and we’re out? No! “We’re not going to give up,” says Vice President Kamala Harris. Word is that the bill will be brought up again.
What can the grassroots do? Joe Biden tells activists that we should just “out-organize them.” Out-organize them? Seriously?! Red States are making laws to allow their legislatures to overturn the results of elections that don’t go their way! How in the name of Patrick Henry do you out-organize THAT?
Ari Berman points out that Biden has not expended political capital in that area. Ben Jealous, president of People for the
American Way, has called on Biden to “step up or voting rights will die on his watch.” As Active Democrats we must press our electeds to restore the Senate to majority rule.Call our Senators at 202-224-3841 and (202) 224-3553! Email the White House
at https://www.whitehouse.gov/contact/! Impress upon them the urgency of this moment! Ask them: “What have you done to save democracy today?”
Keep everlastingly after them.
And if that doesn’t work … Ummmm… well… I’m open to suggestions.
“Failure is not an option.” Says Majority Leader Charles Schumer.