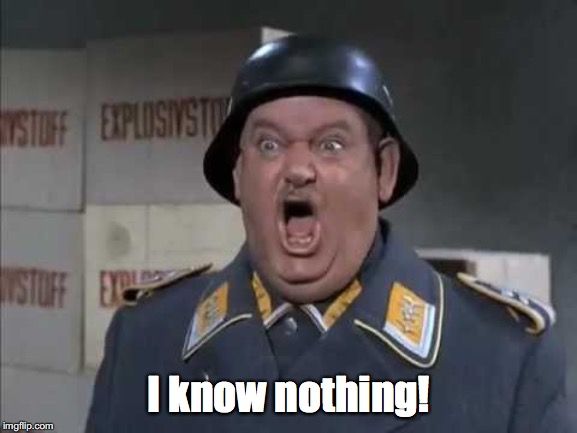 Earlier this year I hung a portrait of Millard Fillmore on the wall behind me during several of our meetings. Initially my motives were light: to knock-off Seth Myers’ recurring absurdist gag based on a painting of a Sea Captain, and to see who would recognize our thirteenth President. Club Treasurer Eric Fine won that prize. However, Fillmore soon took on greater significance.

Why do I even have a portrait of Millard Fillmore? One of Leah’s friends made it for her before we met, because her father celebrates Fillmore’s birthday (January 7) as a holiday honoring mediocrity. This is one of the (fortunately few) things on which I disagree with my father-in-law. I do not consider Fillmore a mediocre President, but a truly bad one. US News and World Report, for example, puts him at #7 on their ten worst list. I question any Worst Presidents list which does not include Ronald Reagan, but we can continue this party game at an actual party rather than in a Party publication. Wikipedia has a useful table compiling various Best and Worst President rankings. However, as I contemplate Fillmore’s legacy for this essay, I am becoming more sympathetic to my father-in-law’s position; the ranks of the worst are so crowded that they may push Fillmore into the middle of the pack.

Fillmore was elected Vice President in 1848 and became President in 1850 when President Zachary Taylor died of digestive problems, likely caused by a snack of milk and cherries at a July 4 event. Theories that Taylor was poisoned led to his exhumation in 1990, but they were not confirmed.

While not a slave-owner like Taylor, Fillmore thoroughly bungled the issues of abolition and secession which would lead to the Civil War. He supported the heinous Fugitive Slave Act, among other compromises, attempting to preserve the Union at the cost of perpetuating slavery. The Whig Party did not nominate Fillmore in 1852, even though he was the incumbent. The Whig coalition was principally based around strong Federal control of the economy, including a national bank and high tariffs, and included both slave-owners and abolitionists, neither of whom were satisfied by Fillmore’s half-measures.

General Winfield Scott defeated Fillmore for the 1852 Whig nomination on the 53rd convention ballot, but with he and Democrat Franklin Pierce running on similar centrist platforms and the abolitionist Free Soil Party pulling almost 5% of the popular vote, the relatively more charismatic Pierce prevailed. Fillmore ran in 1856 as the candidate of the newly formed American Party, but finished far behind Republican John C. Fremont and victorious Democrat James Buchanan, carrying only Maryland. The Whig Party had disintegrated, largely because of Fillmore.

This has contemporary resonance for me. Both current major parties are based on unstable alliances, whether the Republican alignment of the financial elite, extractive industries, fundamentalist Christians, etc, or the Democratic coalition of union workers, ethnic and sexual minority groups, the professional-managerial class, et al. Rick Perlstein’s books, which I cannot recommend highly enough, chronicle the post-WWII transformation of the Republican Party from a Northern patrician base to whatever labels you find appropriate for the Trump cult. There is nothing quite as definitive for our party, although Richard Ben Cramer’s classic What it Takes, on the 1988 primaries, is a fascinating journalistic account of the ascendency of neoliberalism on the presidential level, Thomas Frank has a more splenetic version in Listen Liberal!, and I am looking forward to digging into Lily Geismer’s Don’t Blame Us: Suburban Liberals and the Transformation of the Democratic Party and Left Behind: The Democrats’ Failed Attempt to Solve Inequality, which tell broader versions of the story using a more formal historical approach.

The Republican coalition is disturbingly robust. Whether Liz Cheney or Ron DeSantis is its next spokesperson, any current crises will be forgotten as swiftly as Ted Cruz forgave Trump for insulting his wife and father and Mike Pence laughed off Trump supporting his lynching, so that the destruction of democracy, upward redistribution of wealth, and looting of the planet can advance. I am no longer waiting for conflicts between Libertarians and theocrats to destroy the Republican Party, because I now understand that it is held together by deeper beliefs, such as patriarchy, white supremacy, and the desire to “own the libs.” It is our Party that faces a crisis like the one which destroyed the Whigs, between a Party establishment that, like Fillmore, believes the most urgent issues of our time can be resolved through compromise, and an activist base that does not. Like the Whigs, our “big tent” includes incompatible forces, and hard choices are at hand.

Finally, when Fillmore made his failed third-party bid in 1856, he ran on the ticket of the American Party, but history remembers them better as the “Know-Nothings.” This is not because they were stupid, although they did make some poor choices. One of these was allying themselves with the anti-immigrant and anti-Catholic sentiment of the time. Members of the American Party, when asked about this aspect of their group, consistently denied it. Like Sgt. Schultz on Hogan’s Heroes (filmed in Culver City on the 40 Acres backlot, which is now the Hayden Tract), they “knew nothing,” hence the name.

This also is relevant today: we’ve seen candidates at all levels play dumb when challenged about their associations with fascist movements. The word “fascist” has been overused, so I want to be clear that I am not being metaphorical, as in “my dad is a fascist because he won’t let me get a nose ring.” The head of the Protect Culver City PAC, a failed Republican candidate for Congress, proudly took selfies with Marion LePen, of the French National Front and Reconquête parties, and Michael Flynn, who went from the Trump administration to QAnon. These are literal fascist movements. However, after the attempted coup on January 6, 2021, it should be uncontroversial to describe any Republican as a fascist. If you find yourself riding with these people, you can say you didn’t know, that you’re “listening to everyone,” that there are “some good ideas on all sides,” or that “even a broken clock is right twice a day,” but this is an extremely dangerous game.

On Hogan’s Heroes, Hogan and the other POWs run espionage and sabotage operations out of the Nazi camp where they are held. Sgt. Schultz pretends to know nothing about this because, unlike prisoners in other camps, Hogan’s men never attempt to escape, which impresses Schultz’ superiors, and because the French POW bribes him with gourmet food. Unfortunately, the new Know-Nothings are not lying to their bosses but to us and to themselves.