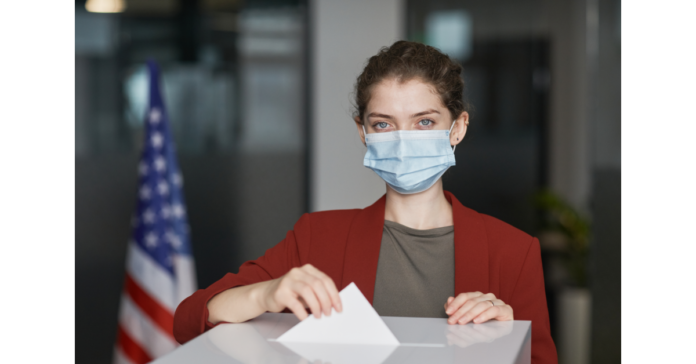 We must start by reintroducing Vote16.
We are a youth-led campaign to lower Culver City’s municipal voting age to 16. Vote16 CC is a derivative of the larger Vote16 movement, which has chapters in cities across the country. Our leadership team is the third to come through this chapter.
Initial reactions to our movement are often immediate and negative. This is understandable; allowing 16-year-olds to vote in local elections appears as an unfamiliar and seemingly dramatic change. However, youth empowerment is the way forward. Eighteen became the national voting age only relatively recently during the 1970s. It can change to fit the priorities and attitudes of our community, and will ultimately lead to fairer elections that represent public interest.
So, why should you support our right to vote?
By the age of 16, people have developed what is called “cold cognition.” While “hot cognition” (impulsive, emotional, short-term decision making) is usually associated with teenagers, most of us have also developed “cold cognition” (logical, reasonable, long-term decision making) by this age. Sixteen-year-olds are asked to make decisions about their futures—are they not capable enough of making decisions about their political environment?
Sixteen-year-olds are immeasurably impacted by local legislation. The school board has a direct hand in our day-today lives. We can work and live in Culver City, so elements like transportation, policing, and city planning impact us daily, too. Our perspective should be represented. This is not to say that youth voices are not being listened to. If anything, the status of teens as an important group has improved over the past few years. However, this should not be confused or conflated with the protections and powers provided with actual voting rights for 16- and 17-year-olds. We should have a say when these matters directly affect us.
As for education: in some ways, teenagers are better equipped than adults to be competent voters. Where most people over the age of 18 have been out of school for years at the time of the election, teens as students regularly receive an up-to-date education in civics and community responsibility in the classroom.
Moreover, voting at a young age creates life-long voters. However, most people do not vote in their first election. Giving teenagers the right to vote in local elections at a time when they have structure and familiarity in their lives will encourage voting and increase turnout. It would present a more accurate sample of public opinion. Lowering the voting age to 16 will help create a generation of habitual voters. There is a lot of concern over the viability of our political ideology. The truth is that we form our beliefs the same way everybody else does. This has never been more true than it has been over the past few years. We look at the world and see the ways in which we want it to reflect our needs. Since we cannot vote, we organize protests, action groups, and campaigns to represent our interests. Students are among, if not the primary, group of individuals who have shown an invested and passionate interest in local politics. From school shootings and gun protections; police violence and racial discrimination; to education and historical bias, we have legitimate perspectives based on the ways in which these issues impact us daily. Belittling the importance of the youth voice is a form of suppression. It’s a way to ignore the actual wants of the people. Minimizing our role as a portion of Culver City’s population that deserves equal respect is a way to ensure that our
local political scene does not represent all stakeholders and only upholds the status quo.
Extending the municipal vote to 16- and 17-year-olds is one step towards fair representation. It is one step towards progress. It is one step towards a vision of tomorrow that matches our priorities as a community.
Vote16 CC is fighting to be on the ballot next fall. We have been reaching out to local officials, speaking at city council meetings, and spreading the word. But we need your support.
Our email is: vote16cc@gmail.com

We Won’t Go Back