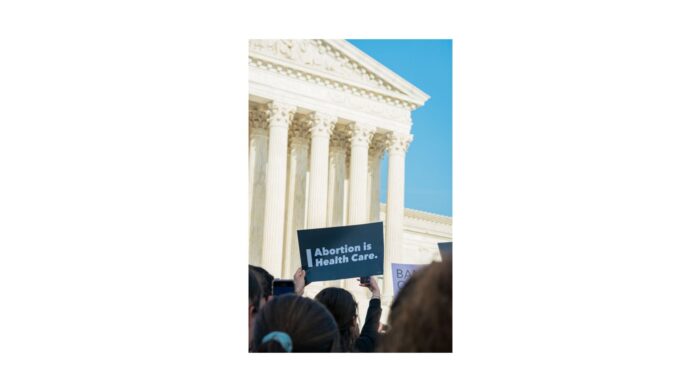 “But we have choices, and capitulation is only one of them.”
—June Jordan Some of us did NOT die

Mad as hell about the SCOTUS ruling?
At the Club’s last meeting before the June 24 ruling John Erickson of the LACDP Legislative Committee gave us a list of 5 things we can do to use that fury as fuel.

Thing 1: Support legislation recommended by the California Future of Abortion Council.
SCA10—Amends State Constitution to protect reproductive freedom. Status: Must pass Senate and Assembly by 2/3 before June 30 to appear on the November ballot;
AB2223—Prevents prosecution of people who have suffered miscarriage or stillbirth. Status: Active bill in Senate Health Committee;
AB2091—Protects medical privacy from out-of-state subpoenas. Status: Active bill in Senate Health Committee. It’s being considered as an “urgency” measure and so will require 2/3 vote;
AB2134—Provides gap coverage for Californians who lack abortion and contraception benefits Status: In Senate Judiciary Committee;
SB1142—Establishes a web page for centralized information on abortion care services and support Status: In Senate Judiciary Committee.

Thing 2: Focus our endorsement questions. For every candidate at every level for every office nail down that candidate’s commitment to reproductive rights. If candidates come to us seeking endorsement for the office of county dog catcher let’s get specific commitments as to what actions they will take to protect reproductive rights—only then ask “So, do you know anything about dogs?” Seem extreme? That kind of focus is how a determined minority got rid of Roe.

Thing 3: Donate to Planned Parenthood and other organizations on the front lines of the war on pregnant people. You can contribute to the hard-hitting POLITICAL action of the Planned Parenthood Affiliates of California (PPAC). Follow PPAC on Twitter: www.twitter.com/PPAPLAC.

Thing 4: Check the record. Withhold your vote, your volunteer efforts, and your money from any candidate that does not score 100% on reproductive rights. The PPAC website has a handy California Legislative Scorecard.

Thing 5: Share your story. Maggie Meinschein shared her moving story in the May newsletter. It has been estimated that one in four American women will have an abortion sometime between menarche and menopause. Abortion is normal. Recently, the very, very Catholic Republic of Ireland repealed its antiabortion law through a referendum because people told their stories.

Breaking news!!The Culver City Democratic Club has endorsed the following three candidates for CCUSD School Board on the November ballot:* Stephanie Loredo* Triston Ezidore* Brian GuerreroCongratulations to the endorsees, and thanks to all the candidates, the Club leadership who worked on the process, and the members who spoke at our meeting and voted in this election. ... See MoreSee Less
View on Facebook
· Share