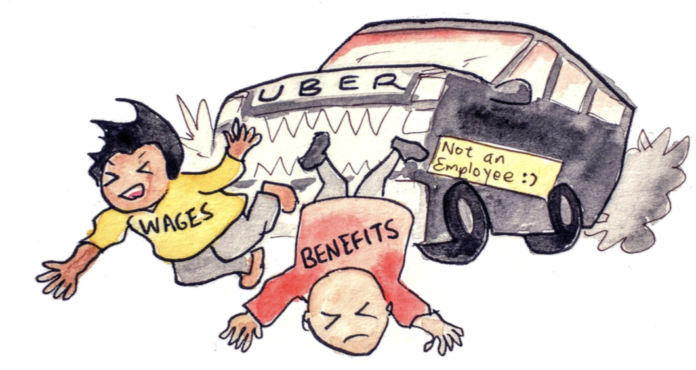 California State Assembly Member Lorena Gonzalez represents San Diego’s 80th Assembly District. (By the way, get used to hearing her name! She is running for California Secretary of State on the 2022 ballot.) People call her the mother of AB5 — the bill intended to determine the classification of workers as either independent contractors or employees.

Under AB5’s three part test, app-based workers such as Uber drivers are clearly employees. In response to this, five app-based companies — Lyft, Uber, Doordash, Instacart and Postmates — contributed a total of 110 million dollars to “buy” an exception to AB5 that narrowly applies only to app-based workers. And so Proposition 22 was born!

But why should Assembly Member Gonzalez (or the average voter for that matter) be concerned about misclassified workers? Employees who are misclassified as independent contractors have no rights to a minimum wage, overtime pay, worker’s compensation, or unemployment insurance. They must pay their own social security taxes. They have no right to organize or join a union. They lack protection from discrimination and harassment. Even in the time of a pandemic they have no employer-based health insurance and no sick pay.

But isn’t that just the price of all that groovy flexibility the app-based workers love so much? Why would Assembly Member Gonzalez go and spoil all that? The harm, she explains, is in a fraying social safety net. The app-based companies are not paying into the worker’s comp or unemployment insurance funds. Financially struggling app-based workers (who must pay their own gas, insurance, and maintenance) do not always pay their social security tax. And we should all care about that. (This piece from the Harvard Business Review explains it in detail.)

Proposition 22’s supporters point to some “sweeteners” included in the bill in terms of a minimum wage (during “engaged time” only) and a healthcare stipend for qualifying drivers. We are meant to believe, I suppose, that these employers are spending 110 million dollars so they can do a little something nice for their drivers. Really? The UC Berkeley Labor Center has estimated that after deducting hidden costs a driver could come out with as little as $5.64 per hour. (For a breakdown see this story in the Los Angeles Times).

Check out Slam the Brakes to see why both Joe Biden and Senator Elizabeth Warren say “Vote No on 22!”

Classifies app drivers as independent contractors instead of employees

–Would apply to ride and delivery services
such as Uber and Doordash.

–Companies would be exempt from paying
drivers minimum wage or providing unemployment or other benefits.

–For more information go to BALLOTPEDIA