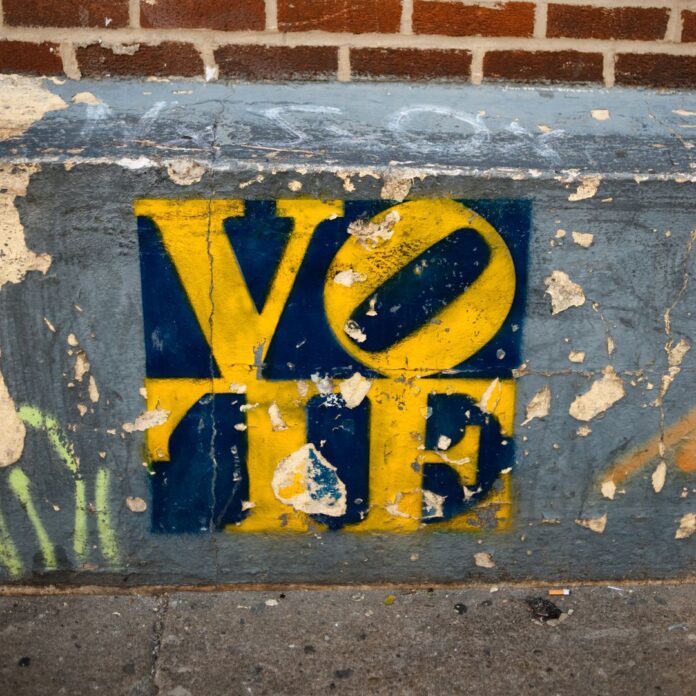 General election ballots will arrive next week, and the end of a process which has consumed much of our energy this year will be in sight at last. Our endorsement mailer is scheduled to arrive alongside the ballots. I believe this is the most important thing this Club does. The statistics in my August message suggest that our endorsements made a substantial impact in the primary, and quite a few non-members who stopped by our Fiesta booth that month told me they rely on us when filling out their ballots.

It is thus no surprise that some members of the community who do not support our endorsements are choosing to attempt to undermine our credibility rather than defend their preferred candidates and positions. These attacks are an acknowledgement of our influence.

They are also baseless. I hesitate to repeat and thus amplify them, but it is necessary to refute them. We are the only officially chartered Democratic Club in this city. We are authorized by the County Party to represent the Democrats of this community. Our membership is not limited to Culver City residents, but it is overwhelmingly local. This is standard for Democratic Clubs with a particular focus. I am not aware of any regional Clubs with a residency requirement and the Stonewall Democratic Club not only welcomes straight allies but has elected them to its board. The only Clubs which have membership restrictions beyond requiring that members be registered Democrats are Young Democrat groups, which have a maximum age of 36.

Our membership is not only at record numbers for this Club, but I suspect it is extremely high per capita. I was recently speaking with the President of another Club, who bragged that his group had almost 1000 members, and I was envious, until I realized that their scope was all of LA County, which boasts over three million registered Democrats compared to Culver City’s eighteen thousand. Our Club is a far larger sample of our community than most. I challenge our critics to show me a local political organization whose dues-paying members are a greater share of the target population. Thank you for joining.

Many Democratic Clubs and other political organizations have endorsement committees who make recommendations to the membership based on candidate interviews or questionnaires. These committees work in private and their interviews and questionnaires are not always recorded or published. Not all eligible candidates are always invited to participate. Candidates not selected by the endorsement committee are required to organize and call a vote to have the committee’s slate pulled if they want to get their names before the general membership. Clubs have good reasons for using this process – with everyone to the left of Joe Manchin calling themselves a Democrat, some vetting may be justified, but that is not how this Club works. We sent every Democrat running for each local office a questionnaire and all their responses were made public as soon as possible. Every Democrat running for each local office was invited to our forums, where they were all asked the same questions and given the same time to respond. Those videos were also published as soon as possible. All Democrats running for every local office appeared on our endorsement ballot, the vote was conducted secretly using Election Buddy, and only candidates selected by 60% or more of the participants were endorsed. I challenge our critics to show me an organization with a more open and fair process.

My own politics are no secret. I have repeatedly quoted Howard Dean (“The Democratic wing of the Democratic Party”), Michael Harrington (“The left wing of the possible”) and Antonio Gramsci (“Pessimism of the intellect, optimism of the spirit”) in this space. My politics are also irrelevant. However outspoken I am in this column or in other spaces, I hold myself to a high standard of impartiality in conducting Club business. If I participated in a discussion, I was careful to do so only as a member, with the same limits as any other. Although I have endorsed candidates, you will not see me identified as President of this Club in anyone’s campaign literature except to present the Club’s choices. I challenge critics to find any place in this Club’s endorsement process where I used my office to favor any candidate or position not already endorsed by a direct vote of the members.

If this is a progressive club, it is because of your votes, not because of my leadership. Members who would like it to take different positions have not been shamed, silenced, or suppressed during my tenure. They have simply been outvoted as the Club has become more representative of the city’s actual population. There is no more point in contacting me to protest the Club’s endorsements than there is in contacting the County Registrar’s office to object to an election’s outcome.

Some of those complaining the loudest about not being represented by the Club are non-members or members who did not participate in the endorsement process. If you are a Democrat but have not joined this Club or you are a member of this Club but didn’t speak up for your positions, you turned down your chance to affect our endorsements. Members’ votes alone have determined our choices. Some of you may not agree with all thirty-nine choices, and I might not, but this too is what democracy looks like. We are the city’s most democratic political organization and its most Democratic.

Perhaps the strongest contrast to the Club is the newly launched Alliance for Culver City to Support the Election of Denice Renteria and Dan O’Brien for City Council 2022, Sponsored by the Culver Studios. If you have not heard of this group, I expect they will begin filling your mailbox shortly. As the name says, this is a Political Action Committee formed to support two Council candidates, not a group of people who will debate and vote on what to support, but can a single person be a committee? ACCSEDRDOBCC2022SCS has no bylaws, no members, and one donor. One could argue that this is the most and least representative organization: the most because all of its decisions are unanimous, perfectly representing its member, and the least because that member is not part of the local electorate.

As you can verify by searching the City’s campaign finance portal, ACCSEDRDOBCC2022SCS is the vehicle for $175,000 of money from the Culver Studios, LLC which, to be clear, is the developer of that and several other major properties, including the Culver Steps, not a studio per se. This is over half of the money in the City Council race. It’s around $6.25 for every registered voter in Culver City and over twenty-three times the cost of our mailer. Candidates are not responsible for what PACs do on their behalf, but I am cautiously optimistic that voters will be repulsed by a corporation attempting to buy the election. Culver City is not for sale.

I remind you one last time that our endorsements are chosen directly by our members and that we have neither sought nor received any corporate or PAC money this election cycle. It’s all you. By the people, for the people. Thank you for your help. Now let’s get out the vote!

How to Buy a Democratic Club

Fellow Democrats, This is the last message of the year, of my second term, and of the midterm election season. I was hoping to repeat the analysis of the primary election results I published in August for the general election, to compare how our endorsed candidates performed in Culver City compared to other areas, but the final results are not yet available.... ... See MoreSee Less

Fellow Democrats, This is the last message of the year, of my second term, and of the midterm election season. I was hoping to repeat the analysis of the primary election results I published in August...
View on Facebook
· Share