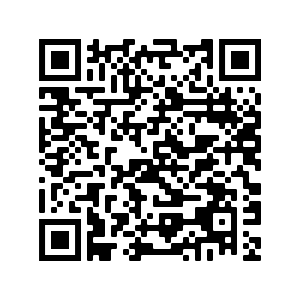 a proposal by Gregory Wright

“Once they finished protesting, they went down to those communities and worked hard getting those people to vote.”

—Charlayne Hunter-Gault,
on the lessons of the life of
the late Congressman John Lewis.

This messaging product for civic good needs to be produced, printed, and published as soon as possible: Clear, cell phone-scannable QR codes, linked to voter registration webpages, along with a text line such as “Register to Vote Here!” (and, when produced by us Democrats, with the additional text line “and then vote Democratic!) on…

These products—created and distributed physically and online by progressive and Democratic organization—would enable more Americans, especially young Americans, to register to vote, confirm their registration status, become permanent mail voters (and, hopefully, on or before November 3, to vote!), all in the moment, as they are marching, or waiting for a bus at a bus stop, or checking out a campus kiosk or bulletin board, or watching a march on television news, or televised political commercials, and hopefully to enable many Democrats and people who will vote Democratic.

The under-participation of preponderantly progressive, Democratic-leaning young voters and other progressive voters in the mid-term elections of 2010 (a census and subsequent redistricting year) and 2014 blunted the ability of the Obama administration to enact a huge swath of its agenda and made life more miserable than it needed to be for the good citizens of too many way-too-red and blue states. It hasn’t been so good for our declining planet either.

After our fellow citizens have done their duty of making sure they are registered, and registering or re-registering if they’re not, and then voting Democratic, they should receive a nice I VOTE D sticker! (A graphic creation the Democrats should get done.)

These public voter registration QR codes could be one of the most direct and potentially effective ways for getting Americans with progressive souls to the polls, by getting them registered.

The imaginative Trump Statue Initiative that is memorializing some of Trump’s most characteristic moments with public “living statues,” has put online a QR code leading to a voter registration webpage, at www.trumpstatueinitiative.com/take-action/. Creative, but a visit to their site has to come first.

Political creativity can go a long way. Progressives and Democrats need to deploy as much of it as possible in 2020—and then in the slog into the party-centric 2022 midterm.

This would be a great project for Democrats and progressives to robustly pursue between now and National Voter Registration Day on September 22.

We’ve gotta win this election. Getting more voters into the electorate—especially the detached younger Americans who need to get into the game of saving the country—is crucial. QR code voter registration links on public display is one of the ways progressives and Democrats at all levels can make the progressive rubber really meet the road to a better, fairer, more sustainable American and planetary tomorrow.

A QR code consists of black squares arranged in a square grid on a white background, which can be read by an imaging device such as a camera, and processed using Reed–Solomon error correction until the image can be appropriately interpreted. The required data is then extracted from patterns that are present in both horizontal and vertical components of the image.

Hold your smartphone camera so the QR code above is framed and tap the link that’s generated.