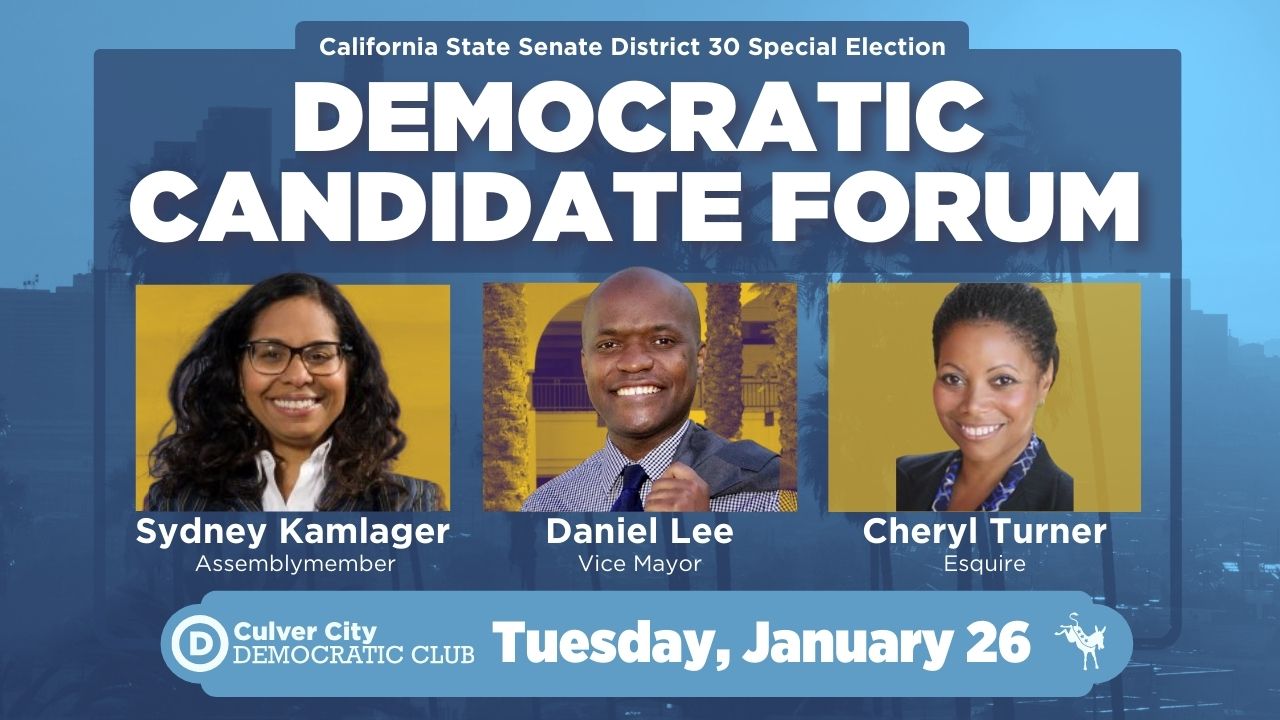 The state is facing a housing crisis. What are your plans to address supply and affordability?

California has more homeless people than any other state. What are your plans to resolve this crisis?

The pandemic has revealed the limitations of our healthcare system. What is your plan to make healthcare more readily and equitably available? Do you support a single-payer system in California?

California led in mass incarceration with “three strikes” and other laws and is now leading in criminal justice reform with Proposition 47 and other measures. Similarly, the LAPD under Chiefs Parker and Gates created a model of law enforcement copied nationwide, which the Black Lives Matter movement, District Attorney Gascon, and others are challenging. What are your plans for criminal justice and public safety?

The majority of Democrats in this club and city are towards the left of the party. Bernie Sanders and Elizabeth Warren were the top two choices both in the club’s endorsement vote and among primary voters citywide. You were a state chair for Michael Bloomberg. Progressive groups have also criticized your Assembly votes on public banking (“no” on AB857) and net neutrality (“absent” on SB460 and SB822). What makes you the best choice for Sanders and Warren supporters?

You are President of AAGLA, the Apartment Association of Greater Los Angeles, a position, in the past, held by Howard Jarvis who authored Proposition 13. AAGLA currently opposes rent control, the eviction moratorium, inclusionary zoning, just cause eviction, and reform of Proposition 13. Culver City passed our first rent control and renter protection laws last year, after a multi-year fight led by members of this club and opposed by an expensive and aggressive campaign led by AAGLA. Landlords funded the campaigns against our local Measure RE, a real estate transfer tax, and in favor of Measure B, which would have repealed rent control. This club endorsed the opposite positions. How do your reconcile your work with AAGLA with the platform of the Democratic Party?

Some members are nervous to support you because they don’t want to risk losing progressive representation on our city council, not to mention our first black city council member. Can you speak to those concerns?