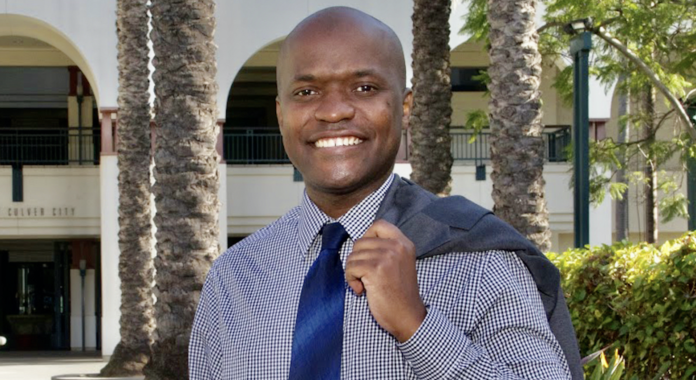 Michelle Weiner: Before I share my reasons for my unbridled support of Daniel Lee, I want to acknowledge the awkward situation our Club members found themselves in when we voted to endorse one of two well-known and respected Club members in the race for state senate after our forum on January 26th. This has happened in other races recently, in the endorsement of CADEM delegates, and in the endorsement in the recent Supervisor race. It is never easy when we face these kinds of choices.

I chose to vote for Daniel because he is a fierce advocate for the environment and for a just transition to renewable clean energy. He was an environmental activist before he was an elected official. As a council member he worked to shut down the Culver City portion of the Inglewood Oil Field. He will push to shut down the entire Inglewood Oilfield and will work to end neighborhood drilling in SD 30. He will not accept donations from the oil industry.

We have witnessed Lee on the dais speaking out forcefully for significant change to ensure that public safety works for all members of our community. He has the courage and integrity to win allies and bring about restructuring of policing and incarceration statewide that is long overdue.

In my work with Culver City Community Coalition and Protect Culver City Renters, I have seen Daniel take time to listen to constituents and act boldly in support of policies that advance the interests of the most vulnerable. He fought to establish renter protections and rent control in Culver City for the first time and he will fight to strengthen protections for all renters in our district and all across our State. He is not accepting donations from real estate developers.

Culver City Democratic Club has given its coveted endorsement to Culver City Vice Mayor Daniel Lee again, this time as a candidate for the CA Senate District 30 seat. I am delighted and look forward to voting in the special election on March 2, for Daniel Lee. —Michelle Weiner

Danny Young: In 2018 my wife and I received a flier, hand-delivered, to our small apartment at the end of a long driveway off of Prospect Avenue. The only time any politician has personally canvassed our hidden home in the eight years since I moved in. He said he was sorry he missed us. Later, while reviewing DSA’s list of local recommendations we saw Daniel Lee for Culver City City Council. “Hey that’s the same guy! He might be legit!” We checked out his platform and he was fighting for everything we believed in!

When the time came, we were proud to drop off our ballots in person. It’s astonishing the difference you feel between pride and obligation, when casting a vote for someone who is principally aligned with your values. Not just someone who makes you shrug and say “Well at least they don’t want to privatize the Post Office,” but someone who understands the fundamental difference between universal healthcare and a public option. Someone who doesn’t take money from police, oil and gas or insurance companies. Someone who is critical of performative gestures without substantive action.

I know some people in the Club are conflicted because they feel a personal commitment to candidates they may consider friends. This is completely understandable. But in my view, the left is losing ground to institutional power and Daniel is the only candidate that is radical enough to persevere without it. If we want to win we have to be strong. We have to believe that a better world is possible and we have to fight for it. I believe that’s what Daniel is doing and I will help him fight. That’s why I voted for him. —Danny Young

Carlene Brown: I voted for Daniel Lee because he speaks like Reverend William Barber, of the Poor People’s Campaign. Reverend Barber reminds us every Moral Monday that the USA is in a “critical moment of moral reckoning” that calls for a complete rejection of the way we have done politics up until now.

Vice Mayor Daniel Lee showed us how to demand that moral reckoning in his City Council speech on January 25th. He challenged us to think of public safety in terms of not only our affluent neighbors but our Black neighbors of all income levels, of our immigrant neighbors from all over the world, of our Mexican-American or Central/South American neighbors.

Like Reverend Barber, Daniel Lee challenged us to admit that racism and White Supremacy are systemic issues, not only in police departments across the country, but within ALL institutions in the USA. Daniel Lee named the existence of White Supremacy within our city council and within our city staff. We can trust him to speak and act with that same voice of moral clarity in Sacramento!

Our state government can have the best of both worlds by maintaining Sydney Kamlager as a powerful Black woman in the state assembly, while gaining Daniel Lee as a fierce and fiery Black man in the state senate. Vote Daniel Lee to demand a moral reckoning! —Carlene Brown

Roe is History— 5 Things We Can Do About it Now

“Though incumbent sheriff candidate Alex Villanueva is technically a Democrat, the last several years have seen him much more closely tied to the far right. He has refused to fire unvaccinated deputies and actively expressed desire (sometimes turning that desire into action) for a stronger violent enforcement component of the County’s homelessness response. Appearances on Fox News, Newsmax, and One America News Network, and the conservative views he’s espoused there, have made him a familiar face among right-wingers. Villanueva’s adverse relationship with the media has led several outlets to compare him to former President Donald Trump. Villanueva will face Robert Luna in a runoff election in November 2022” ... See MoreSee Less

Incumbent Sheriff Alex Villanueva is technically a Democrat, but the last several years have seen him much more closely tied to the far right.
View on Facebook
· Share

The Club had the honor of presenting the first candidate forum for the November City Council election. All four Democrats running joined moderator Maximina Juson for a great evening, captured on this video: ... See MoreSee Less

The Club had the honor of presenting the first candidate forum for the November City Council election. All four Democrats running joined moderator Maximina Juson for a great evening, captured on this ...
View on Facebook
· Share